According to Josh Constine, Editor-At-Large for TechCrunch, "Most of Snap’s top products came from acquisitions". From selfie lenses to Spectacles, Snap, Inc. has a history of innovation through acquisition. Here’s a look at the companies Snap has bought and what they turned into: AddLive, a live video API, became Snapchat’s real-time video calling feature in chat Vergence Labs, a camera sunglasses maker, became Snap’s Spectacles Scan, a QR code developer, became Snap’s QR Sn

Richard S. Ruback and Royce Yudkoff, professors at Harvard Business School, are experts on an overlooked entrepreneurial path: buying a business and running it as CEO. Purchasing a small company ($500,000 to $2,500,000 in annual profits) lets you become your own boss and reap financial rewards without the risks of founding a start-up. Still, there are things you need to know. In their new book, "HBR Guide to Buying a Small Business", Ruback and Yudkoff help you: - Determine a

Mark Cuban, the billionaire business man who has had his ups and downs with public companies, recently spoke on stage at the Upfront Summit in Los Angeles to voice his concern about the lack of tech IPOs. “I don’t understand the reticence to going public,” he said. “It’s just plain stupid.” After a slow 2016, many are looking at Snap, Inc. to jump start tech IPOs in 2017. One example Cuban discussed was AppDynamics. AppDynamics was supposed to IPO in January but it was acqui 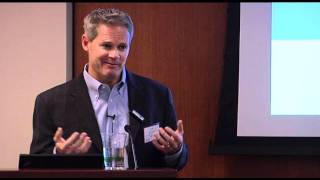 If you have ever tried to buy or sell a business, you have probably been on one side of a conversation regarding valuation. Buyers are motivated to avoid overpaying for a target company while sellers want the highest valuation possible. This difference in natural desires of buyers and sellers creates what is generally referred to as a valuation gap. Three Tips For Closing Valuation Gaps In M&A Transactions: 1. Contractual Solutions Often, valuation gaps result from a differe

48 acquisition announcements were made by NASDAQ, NYSE, & NYSE Mkt microcap issuers this October. Disclosed transaction value for the month exceeded $1.5 billion. The majority of consideration paid for for October acquisitions was cash (approx. $989 million). The average market cap of this month's acquirers was approx. $219 million and the average transaction value was $49 million. See the full list of NASDAQ & NYSE micro-cap issuers working on acquisitions in Octob

25 acquisition announcements were made by NASDAQ, NYSE, & NYSE Mkt microcap issuers this September. Disclosed transaction value for the month exceeded $300 million. The majority of consideration paid for for September acquisitions was cash (approx. $290 million). The average market cap of this month's acquirers was approx. $140 million and the average transaction value was $25 million. See the full list of NASDAQ & NYSE micro-cap issuers working on acquisitions in S

Small IPOs Are Back!

How to Generate Acquisition Deal Flow From Investment Banks

How To Jump-start Value Creation Before Your Acquisition Closes

Small IPOs Are Back!